< Agents
View source
watch 02:46
The Quarry - The Loop
Do you like this video?
Play Sound 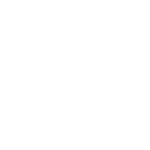 Duelists are one of the four roles that agents are divided into in VALORANT. Agents under this role have abilities that allow them to focus on being the first to enter sites and engage the enemy.

Unlike other Agent classes, the Signature abilities for Duelists need to be recharged with 2 kills rather than a period of time.

The game currently has six Duelist agents in its roster.

Note: The numbers in the "No." column are in the chronological order of when the Duelists were recruited by the VALORANT Protocol. You can find their numbers in game by going to their contracts and looking at their banners.

Community content is available under CC-BY-SA unless otherwise noted.
Advertisement